By Jayson Blair, Certified Life Coach
It’s a jungle out there. 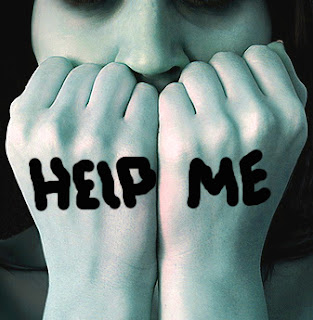 And one of the hardest forests to untangle your way through is the differences between stress and anxiety, and the differences between the many anxiety disorders. It’s enough to make you anxious. But no worries, we’ve put together a little guide.
Anxiety disorders have one of the longest differential diagnosis lists of all psychiatric disorders.
One of the biggest problems is that clients with anxiety disorders also have anxiety about their disorders, and anxiety about treatment, making self-reports and diagnosis a difficult thing to work your way through. No worries, though. It might take time, but a careful clinician can often differentiate for you, and help improve your quality of life.
The importance of these differences is a key to selecting the most effective therapeutic and medical treatments.
One of the most important issues is the difference between anxiety and plan old stress.
Stress vs. Anxiety
Wikipedia puts it this way: “Stress is a term that is commonly used today but has become increasingly difficult to define.”
How true.
The Mayo Clinic puts it better than I ever could: “Its normal to feel anxious from time to time, especially if your life is stressful. However, severe, ongoing anxiety that interferes with day-today activities may be a sign of” anxiety disorders.
The key differences: severe, ongoing and inferring with living a healthy day to day life.
The same goes for fear. Gavin de Becker pines about the gift of fear in his excellent book by the same name. Fear and institution go hand and glove and as de Becker puts it, “Intuition is always right in at least two important ways: It is always in response to something. It always has your best interest at heart … Denial is a save now, pay later scheme.”
But when fear becomes irrational it can interfere with functioning and its safe bet you should be checked out for anxiety.
It’s true that many of the things that help with managing day-to-day stress – mindfulness, exercise, cognitive behavioral techniques, deep breathing, guided imagery and meditation – can be beneficial for some people who have anxiety disorders. But the reality is that therapy, coping skills and medications are key parts of addressing anxiety disorders that are not usually needed in managing stress.
Some good questions to ask yourself before you write off your anxiety as a not needing intervention are: do you feel tense and wound up for a significant amount of the time? Do you feel numbness or tingling? Do you feel hot when stressed? Are you unable to relax? Do you feel a sense of dread? Dizziness? Is your heart racing? Do you have to do routines that interfere with your function or drive those around you batty? Do you feel fear of losing control or death when the possibility does not seem realistic? Do you feel ridicule, rejection or abandonment when there is not real evidence that its coming? If you answer yes to an of those, I would suggest you see a therapist, a coach, a psychiatrist or your primary care physician and ask them to administer the Beck Anxiety Inventory (treatment providers should try to rule out the impacts of drug abuse, other mental health conditions, migraines, folic acid deficiency, seizures, caffeine-related disorders, CND-based sleep disorders, pregnancy and diabetes mellitus, among other potential disorders) .
The scores on the inventory not only guide clinicians on the question of whether you have anxiety but also what’s the best treatment. Being unable to relax suggests cognitive issues while feeling hot suggests autonomic symptoms. Feeling dizzy or lightheaded suggests nueromotor issues, while feeling like you are choking suggests a panic attack. These facts help clinicians design the most effective treatment for you.
Generalized Anxiety vs. OCD 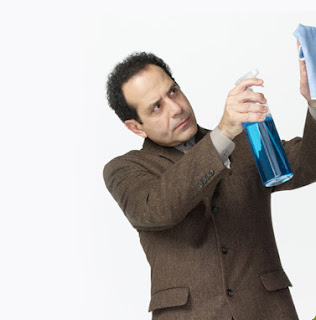 Obsessive-compulsive disorder is an illness that is defined by intrusive thoughts that produce uneasiness, apprehension, fear or worry, that are most commonly demonstrated through repetitive behaviors aimed at reducing the driving wave of anxiety.

It often works. But it often, also, screws up the lives of people who suffer from the disease. As one client puts it, “It’s a monkey on my back, one that I can’t survive with and I cannot survive without.”
One of the common misconceptions about OCD is that those who suffer from it are ridiculously clean. In fact, may people who are OCD are hoarders – the behaviors are repetitive and are designed to help them manage their fears and anxiety. Others have trouble doing things like walking on cracks in the sidewalks or other strange behaviors that sooth them but can interfere with their lives (think, Mr. Monk). Often, like Mr. Monk, the symptoms come on or come on stronger after a severe emotional or financial crisis. It can border on paranoia and even psychotic in its presentation, if not its true symptomology.
Despite people with OCD being out of the norm, it’s not as rare as it might seem. It is the fourth most common mental disorder, diagnosed nearly as often as asthma and diabetes.
Luckily, there are some excellent medical treatments for OCD.
OCD vs. OCPD and Autism Spectrum Disorders
Not everyone who presents with the symptoms of OCD have the illness. Many actually have autism spectrum disorders or the perhaps even more tortuous illness of obsessive compulsive personality disorder or, frankly, no pervasive or persistent disorder at all.
Autism spectrums disorders are illnesses of executive functioning. The resulting social skills problem, difficulties with nonverbal cues, time management problems, organization problems and prioritizing problems often lead to a lot of anxiety. People with autism spectrum disorder also often have restricted and repetitive symptoms.
OCPD is, frankly, the same nightmare as OCD with the added twist built on top. As one National Institutes of Mental Health publication puts it, “OCPD has some of the same symptoms as [OCD]. However, people with OCD have unwanted thoughts, while people with OCPD believe that their thoughts are correct.”
This belief complicates relationships, often leading to significant outbursts and serious  disinterest in seeking help. These often leads to painful battles with friends and family, who walk on eggshells with people who have OCPD. People with OCPD are more likely than people with OCD to have an obsessive need for cleanliness and over-attention to details. Thing to get black-and-white really fast and there is often little room for other opinions.
Several other disorders, including bipolar and avoidant personality disorder and dependent personality disorder, have significant symptoms of anxiety, but in bipolar it tends to be affective – mood related – and avoidant anxiety tends to play out in, well, obviously, avoidance, and dependence tends to be focused on fears of being abandoned.
It’s worth checking out other anxiety disorders, such phobic disorders (specific fears of spiders, water, wholes, or anything else), panic disorders (focused on full-blown panic attacks), agoraphobia (fear of panic attacks that are so great that people avoid people, places and things). Personality disorders should also be examined, such as paranoid personality disorder (delusional anxiety) and borderline personality disorder (fears of abandonment).
If there is a point here, if you are feeling that stress is impacting your functioning, and it’s a jungle out there for you it is worth it to find an expert to guide you through the vines and the trees.
Jayson Blair is a certified life coach and can be reached here.
PrevDiffDx: The Importance of An Accurate Diagnosis
Now that the Elf on the Shelf is Gone…Next