DiffDx: The Importance of An Accurate Diagnosis 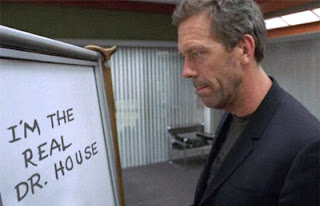 The importance of a good diagnosis has become even clearer as pharmaceutical companies have further refined their biological silver bullets for mental illness. Medicines like, for example, serotonin reuptake inhibitors can be targeted to treat depression, obsessive compulsive disorder and a variety of other illness. But they can have dramatically harmful effects on those with bipolar disorder. All things considered, its amazing that doctors are not more attentive to the symptoms faced by their clients. But increasing demands of the economy and insurance companies have made it harder, to potentially devastating consequences, for psychiatrists and psychologists to effectively diagnosis.

Increasingly it is fallen on clients to rapidly self-report symptoms in 15-minute to 30-minute initial evaluations and then the question of diagnosis never return. In the best practices of the profession, diagnosis is thoroughly evaluated and constantly re-evaluated. Clients, for better are worse, have become their now diagnosticians.

Gregory House, the fictional doctor on the show House MD, is in some ways a joke about the trend that doctors rarely have time for accurate diagnosis (his fictional Department of Diagnostic Medicine makes no money and runs up huge bills for the hospital). This article is designed to help clients identify and self-report their symptoms.

This article examines differential diagnosis of bipolar disorder and other illnesses. Subsequent articles will look at ADHD, anxiety disorders and personality disorders.
Bipolar Disorder and Depression
Bipolar disorder and depression are often the toughest differential diagnosis for the most seasoned mental health professional. Clients most often come in from the rain of depression to seek treatment and rarely seek a helping hand when they are manic or hypomanic. This means that those with bipolar, whose illness includes the symptoms of depression and mania, are often misdiagnosed with major depression.
This would hardly be a big deal if the front-line treatments for depression didn’t cause mania (often rapid cycling), which often includes high risk, life-changing behaviors that can be harmful and mentally painful to clients and their families.
Epidemiologists say that bipolar disorder effects 1% to 2% of the population and that about 10% of those with major depression will later develop mania. The first occurrence is often in childhood, teenage years or early adulthood. There is no gender difference when it comes to the prevalence of the illness.
The symptoms of mania, which can used to differentiate from depression, vary from person to person. They can include eutrophia, irritability, agitation, inflated self-esteem, poor judgment, rapid and pressured speech, aggressive behavior, increased goal-directed activity, risky behaviors, spending degrees, delusions an increased drive to perform and frequent work and social problems.  A helpful Mayo Clinic article on mania can be found here.
ADHD and Bipolar
Steriods and stimulants can have the same effects, so it’s very careful for bipolar to be differentiated from bipolar and attention deficit hyperactivity disorder. Atypical antipsychotics that can be used to calm manic storms can exasperate inattention. A preteen or a teenager with mood swings may be going through a difficult but normal development stage. They could be suffering from actual bipolar disorder with periodic mood changes going from depression and mania.
In addition, symptoms of ADHD often mimic symptoms of bipolar disorder. With ADHD, an individual may have rapid or impulsive speech, physical restlessness, trouble focusing, irritability and, sometimes, defiant or oppositional behavior. There are some similarities.
While ADHD is characterized by inattention and most often some distractibility and hyperactivity, bipolar disorder is characterized by mood swings between high energy and activity and feelings of sadness. People with ADHD may feel sad or even depressed, but rarely with the persistence and cycling of bipolar. Another sign is that hyperactivity and inattention symptoms persist in people with ADHD while they don’t always in bipolar.
Borderline and Bipolar Disorder
Borderline personality disorder is a persistent and pervasive illness that causes emotional instability, leading to stress and other problems, including temper tantrums, self-mutalization, elevation and devaluation of people, fast and furious relationships that crash and burn, frequent feelings of inadequacy and fears of abandonment.

From a medical perspective, differentiating between bipolar and borderline personality disorders is not relevant for medical treatment. The two diseases are often treated with the same medications to stabilize a person’s mood. It is helpful because atypical antipsychotics can have added effect with bipolar disorder and anti-depressants can be more readily utilized with borderline personality. But the medical consequences of a misdiagnose are not enormously negative.

The differential is important, however, for therapeutic options. Bipolar disorder can be treated with a variety of psycho-therapeutic modalities, while borderline is most effectively treated with dialectic behavioral therapy and transference-focused therapies. These later treatments are some of my favorites; they focus on the relationship between the client and the therapist, helping clients understand emotions and the difficulties that develop in therapy. The relationship between the two often serve as a model for future relationships outside the safety of the therapeutic room.

Jayson Blair is a certified life coach with Goose Creek Consulting and can be reached here.
Prev2012 News Years Resolution: Resolve to Keep Your Resolution
DiffDx: Anxiety About AnxietyNext