Valerie Plame Wilson, best known for her role as a Central Intelligence Agency operations officer who worked to fight nonproliferation before being outed in a battle between the White House and the CIA over weapons of mass destruction in Iraq, has become an advocate in an important, and much ignored, area of mental health: postpartum mental health conditions.

According to an NPR interview with Wilson: 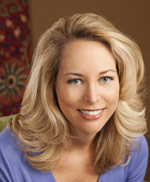 Years before CIA agent Valerie Plame Wilson’s cover was blown in a newspaper column, she faced a private struggle with postpartum depression. After giving birth to twins, she suffered from debilitating sleep deprivation and emotional strain.

In the interview with “Tell Me More” host Michele Martin, Plame Wilson, who is the honorary chair of Postpartum Support Virginia, describes the time when she found out she was pregnant.  “So, when I was happily married and found myself pregnant, I just thought that this would be just the next, normal chapter,” she says. “I was absolutely thrilled”

But she adds that, for a variety of reasons, it did not work out that way, comparing the experience of postpartum depression to torture techniques used to train CIA officers:

There’s a reason they use sleep deprivation as a torture device in training and, unfortunately, in real life. And – because when you have that sleep deprivation, you’re who you are, and your reactions completely break down. And, of course, it’s normal when you have a new baby to have everything disrupted. Everything is just tossed upside down.

I had twins, but I was – I also had them rather late in life. So the hormonal and chemical changes in my body and the sleep deprivation, I found myself spiraling down and I had no idea what was happening and…

Plame Wilson noted that she was not one of those cases where someone with postpartum mental health problems experiences sharp mood swings or psychotic symptoms.

I wasn’t crying. I wasn’t experiencing those extremes. What I do remember – and a lot of it is a blur – is I just wanted to go away, which made no sense, logically, because I had married the love of my life. I had two beautiful babies. We had supportive families and, you know, it didn’t make any sense. Why was I feeling this way? Empty. And I had very little emotional response. It was all dulled.

She said that she had no idea what she was “signing up for” before experiencing that depression and said she felt shame about telling her doctor that something was wrong. Plame Wilson tried to, in fact, hide it from her doctor but broke into tears during a follow up examination. It was 2000 in Washington, D.C. and Plame Wilson said it was extraordinarily difficult to find doctors who treated postpartum mental health symptoms and insurance companies were of little help in those efforts.

Plame Wilson  noted that 20 of new mothers experience anxiety or mood disorders. “For many women it does resolve itself, that’s what’s called the baby blues,” she notes. “For others it goes further, as mine was deeper and harsher. And then for a small fraction, which we always read about in the worst possible ways, they harm themselves or harm their children.”

PrevObservations on Mental Health Epidemiology
What Internet Anxiety has in Common with Bath Salts, Stranger Danger and Satanic Ritual AbuseNext