Leadership Development and Knowing the Dark Side 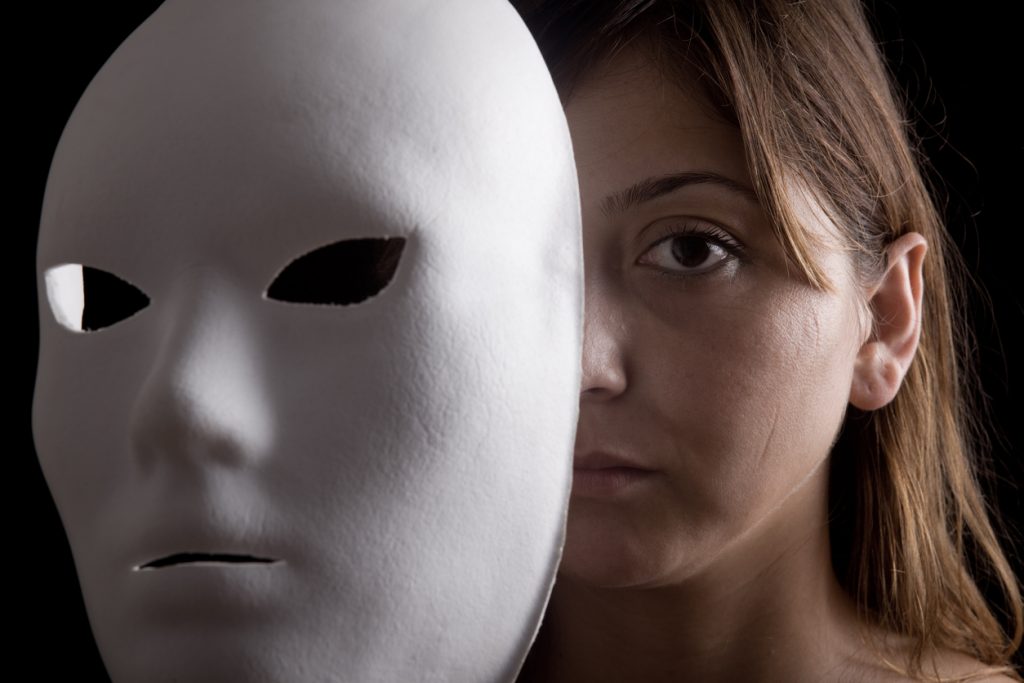 There is a quote I love that opens Hogan Assessment Systems’ Science
of Personality podcast – “People are the most consequential and dangerous forces on Earth. Personality psychology is about the nature of human nature – it’s about people and wouldn’t that be used to me. Seems to me that I cannot think of a more important
problem.”

The quote is by Robert Hogan, the personality psychologist who founded Hogan Assessments, which receives great attention because of its scientifically valid assessment tool to measure the Dark Side of personality in the workplace.

Hogan elaborated on the idea in a 2018 video, saying, “People are the most dangerous and deadly invasive species – they are going to kill us all. Wouldn’t it be useful to know something about this predator?”

This week, I wrote about dangerous leaders and why who we select as our leaders matters, perhaps, more than other sociological trends. Those leaders are likely to have pathological personality disorders and characteristics that lead them to both be charismatic and
dangerous.

There is another, more subtle, the danger for leaders who have the best intentions but who do not know about their Dark Side.

I was in an assessment certification class a few years back where one of the participants, a talent management professional, complained that she preferred a strengths-based approach and was frustrated by our discussion about weaknesses. She gave the example of a person who was perceptive, insightful and politically savvy but was skeptical to the point of being mistrusting, negative and fault-finding. She argued that we should focus on leveraging those people’s strengths.

“But what if I want to change,” I asked, putting myself in the shoes of that person.

Most people do want to change and when we, as professionals, tell them that accentuating the positive will help them we are leading them astray. Would focusing on being perceptive and insightful have helped that leader from seeing the half-glass full and damaging relationships with colleagues? Would focusing on a charm and social skill help an emergent leader who was focused as a time hog and untrustworthy?

One of the most frustrating trends for me in coaching and leadership development is the focus on strengths-based development, known as Positive Psychology. It puts a focus on leveraging your strengths to be successful and de-emphasizes the Dark Side that is going to get in your way and cause harm to other people. This approach is antithetical to self-awareness. Around the turn of the century, the concept of Positive Psychology was introduced by Marcus Buckingham and Donald
O. Clifton, in their book, Now, Discover Your Strengths.

“When training is … remedial, it’s a waste of time,” declared Fortune magazine.

What we know, however, is that strengths can become weaknesses,
that exploring strengths only is not viable and that weaknesses surely matter.

Ask Bill Clinton, read about the Kennedy Administration, look to
the Civil War or Donald Trump or Vladimir Putin or Pol Pot and you will notice that the world might have been much more different if we focused more on the Dark Side. This notion is captured brilliantly in a book edited by Robert B. Kaiser, called The Perils of Accentuating the Positive. The book explores this case, with evidence-based, research-driven essays from 14 leading experts in leadership and psychology.

“There are certain half-truths and hidden truths in adopting this seductively appealing philosophy,” Kaiser writers.

In his book, The Laws of Human Nature, Robert Greene, writes about the need to confront your Dark Side and how understanding your Shadow is critical to deciphering our contradictions.

“We can see this in two forms – early on in life, some people sense a softness, vulnerability or insecurity that might prove embarrassing or
uncomfortable,” Greene writes. “They unconsciously develop the opposite trait, a resilience or a toughness that lies on the outside like a protective shell.”

The other scenario, Greene writes, is “that a person has a quality that they feel might be antisocial – for instance, too much ambition or an inclination to be selfish. They develop the opposite quality, something very prosocial.”

What these scenarios share in common, Greene says, is that “the underlying weakness or antisocial trait is a key component of their Shadow – something denied and repressed.” He argues that the deeper the repression, the greater the volatility of our Shadow and that “as they get older or experience stress, there will be cracks in the façade” and that their “real self will rebel in the form of moods, obsessions, secret vices and behavior that is” contrary to who they are.

I look a little closer to home – myself.

I am a case for the danger of both overused strengths and suppressed
Shadow.

I was recently having a conversation with a business partner where I was discussing the personality characteristics in response to life’s challenges. Some of the same qualities that I used as a child I overused as an adult – my ability to be charming and creative – and other traits, including a willingness to be vulnerable, were quite the opposite. The overuse of some skills and the defensive walls I built around others left me dangerously unaware of myself.

Greene and I share the belief that it is important to know your Shadow self, confront it and harness it to your advantage because it is the you that you surprised, and, like the Colorado River carving its way through mountains, it is going to find its way into your life. Better to know it and use it than to be blindsided by it. Better for it to be your friend than be your stalker.

I have a friend who grew up in Catholic School and struggled with the contradictions around what he was being taught and the reality he was seeing. His parents were liars and con artists who stole from their children. He has spent his career seeking truth and presents with an emotional volatility underneath his logical exterior.

I have another friend who was mischievous, independent and fun-loving as a child, but who, though life experience, grew to become cautious and less independent as an adult.

For both, I have spent the last few years watching them embrace their Shadow and becoming healthier, stronger and more whole. It has given them the opportunity to mitigate risk and maximize their true strengths.

For some leaders, their knowledge of their Dark Side is limited and their poor leadership is something they are barely aware of. Helping them develop strategic, actionable self-awareness around their Dark Side has a greater benefit than a strengths-based approach to leadership development. In fact, harnessing those Dark Side characteristics to dial down risk and get the benefits may be even more important than our known strengths.

An obvious example of is the hubris that Robert McNamara said that he and the Harvard “Whiz Kids” of the Kennedy and Johnson Administration Defense Department had regarding the Vietnam Conflict. The arrogance,
entitlement and delusional views of their own greatness certainly, based on his own words, led to 19 years, five months, four weeks and one day of war. McNamara’s self-awareness came too late for somewhere between 1 million and 3 million lost lives. His intelligence and his willing to take bold action, dialed down, could have been a benefit to the nation.

On the opposite end of the personality spectrum is the extreme unwillingness to take risks and bold action of U.S. Army Civil War General George McClellan, who had been successful in peacetime but failed when the demands of his job changed and  put the North dangerously close to winning the war.

One does not have to look far to find similar examples of the Dark Side of leaders’ personalities getting in the way of their success where self-awareness would not likely help the problem, including the hubris of Putin’s disastrous campaign in Ukraine in his unwinnable quest to restore Russia to its greatness. His narcissism and suppression of disent has led to a delusional path that included overestimating the strength of the Russian military and underestimating the will of the Ukrainian people.

I am sure that a strength-based approach to leadership would not work for Putin  even in the rare event he wanted to change.

On the opposite side of the equation, you have strong leaders like Ulysses Grant and Vladimir Zelensky. Neither man was born perfect and both have been successful by, in part, understanding and trying to compensate for their weaknesses and Dark Sides.

Hogan points to a book by Norman Dixon, On the Psychology of Military
Incompetence, published in 1976, that explores the sociological breakdown of military organizations and the related psychopathology of commanders. One needs to look no further than some of the
examples mentioned in the book and its newest forward  – The British
Crimean War, the Boer War, Pearl Harbor and the Bay of Pigs – to see how the Dark Sides of the personalities of leaders can create consequential damage.

“And so, in each case, these terrible, total disasters, absolutely avoidable, due entirely to the behaviors of the commanding officer. And then he goes on to describe … it had to do with their personality and then he describes their personality,” Hogan said recently. “He’s not a psychologist, but as a psychologist, I recognized immediately what he was talking about were the personality disorders, paranoia, micromanagement, narcissism.”

There is a reason why the study of the Dark Side in psychology has offered us so much – from Hogan’s work on the Dark Side of personality to John Bowlby’s work on attachment theory, which George Mason University professor Victoria Grady has connected to how we respond to change in the workplace. These are approaches that lead to change by focusing on what’s wrong. Knowing what disconnects us as people, what is going to cause us to break the social compact and what creates blind-spots offers much more value than what we do well.

And if a leader like Zelensky or Grant were running Tulsa in 1921, I am willing to bet that there would have been no site for me to visit in 2022.

We need to be able to face our dark sides. As the James Baldwin quote on the side of Greenwood Rising Black Wall Street History Center, at the site of the Tulsa Massacre, says, “Not everything that is faced can be changed, but nothing can be changed until it is faced.”

That applies to both these tragedies and the dark side of our personalities.