Questions and Myths About Mental Health and Security Clearances 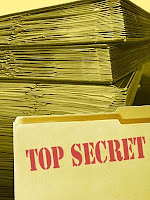 The general rule of thumb is that anything that changes between the point that you fill out your Questionare for National Security Positions – known as Standard Form 86 or the SF 86 – is should be reported to your security officer. Hospitalizations, in general, would have to be reported on the form or afterwards when an administrative body or a government agency declares a person incomponent. A voluntary choice to go to the hospital would not reach that level, but an involuntary admission would or a magistrate ordering that a person to be held involuntarily after going in voluntarily would  qualify. A person who undergoes mental health counseling in the hospital — not always assured to happen these days — would have to report the new treatment provider. Once again, it comes down on the side of following treatment recommendations.

Seek Treatment Without Fear
The reality is that there is very little to fear in acknowledging and getting treatment for mental health conditions. If there is anything I’ve learned in my experience in working with people who have security clearances, there is much to worry about if you don’t.
Jayson Blair is a certified life coach at Goose Creek Consulting. He can be reached by clicking here.
PrevFrom Holiday Stressed to Holiday Best
2012 News Years Resolution: Resolve to Keep Your ResolutionNext