Team and Leadership Lessons from Geese

Goose Creek Consulting’s name comes from a creek in Northern Virginia that is a tributary of the Potomac River that provides water and life throughout the region. In addition to the metaphor for growth from the Creek, our team has taken to metaphors about geese to represent the way we operate and what we do. A lot about building and working as an effective team can be learned from the geese that frequent that Creek.

Effective Teams. First, Geese are able to travel further together by operating as a team. Humans are not the fastest or the strongest animals and the evolution of our oposable thumbs does not entirely explain it. Humans were able to survive, in part, because we were able to form effective teams. Geese are not always effective but when they operate in a V formation, they improve their overall efficiency and the distance they can cover by more than 70 percent, according to biologists. The flapping of their wings in this formation creates air patterns that life each and reduce the effort that each Goode needs to travel. The reason we operate in teams is that we can get there further together.

Shared Leadership. The reality in a modern organization is that almost every person takes on a leadership role. Whether it is mentoring others or leading a project or task, we are all called upon to be leaders. Each person also has a unique skillset and sometimes individuals who are individual contributors are better prepared to lead certain efforts as opposed to chief executives. Being able to allow everyone to contribute as a leader helps teams be more effective. When the goose at the front of the V formation, where flying is harder, becomes tired, it moves to the end of the formation and another goose takes the lead. Sometimes fatigue sets in and others jump in to take the lead. This is common in police riot control formations, where one man on the front line who is tired steps back and another fills the breach. It is also common in work when people need breaks or vacations.

Supporting Each Other. Modern leadership often involves helping build the resilience of others, mentoring them and being their biggest cheerleaders. Geese who are flying in formation honk to communicate their positions, but also, biologists believe, to encourage each other. In the best teams, teammates become cheerleaders for each other, making those tough moments easier and reminding others of their successes.

Fierce Loyalty and Ambition for the Collective Success. Geese are fiercely loyal and take their families seriously. Often you can see adult geese hanging close to their little ones and geese are quick to defend others in their flock. They don’t hesitate to quarrel with superior animals to protect their flock. If you have ever been chased by a goose, you have seen it. Geese rarely wander alone because they have a better chance of survival together. And if you have ever seen one of those cute scenarios where goslings are following their parents, it is because little geese are highly dependent on their parents for survival and growth. This is a lesson for both families and teams.

Our goal is to use the science of personality and behavior to help build effective teams that are agile and as supportive as geese. So, while the creek is a great metaphor for what we do, so are the geese. 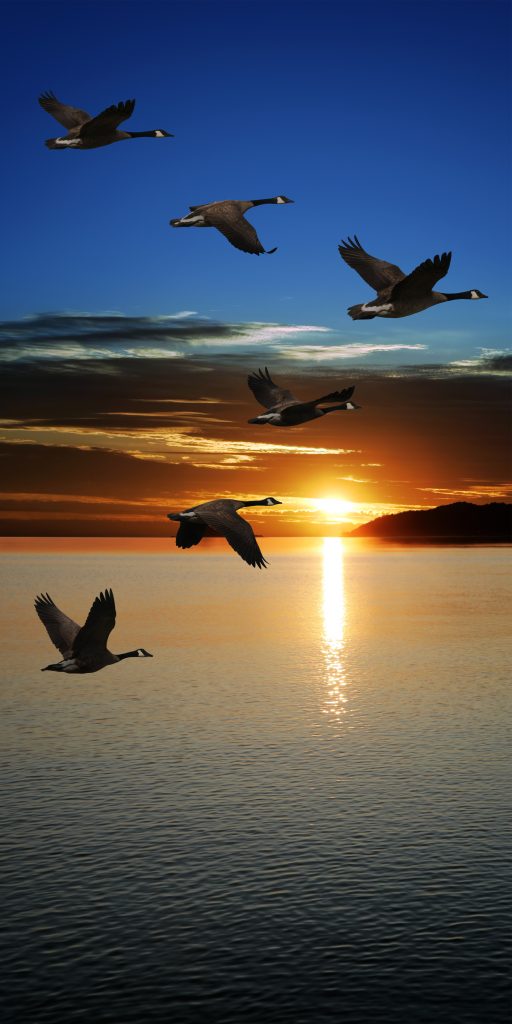 PrevRelationships Green Flags for Valentines Day
Getting it Right in Black History Mental: The COVID-19 Pandemic and the Black Mental Health EpidemicNext