The Many Faces of Robin Williams 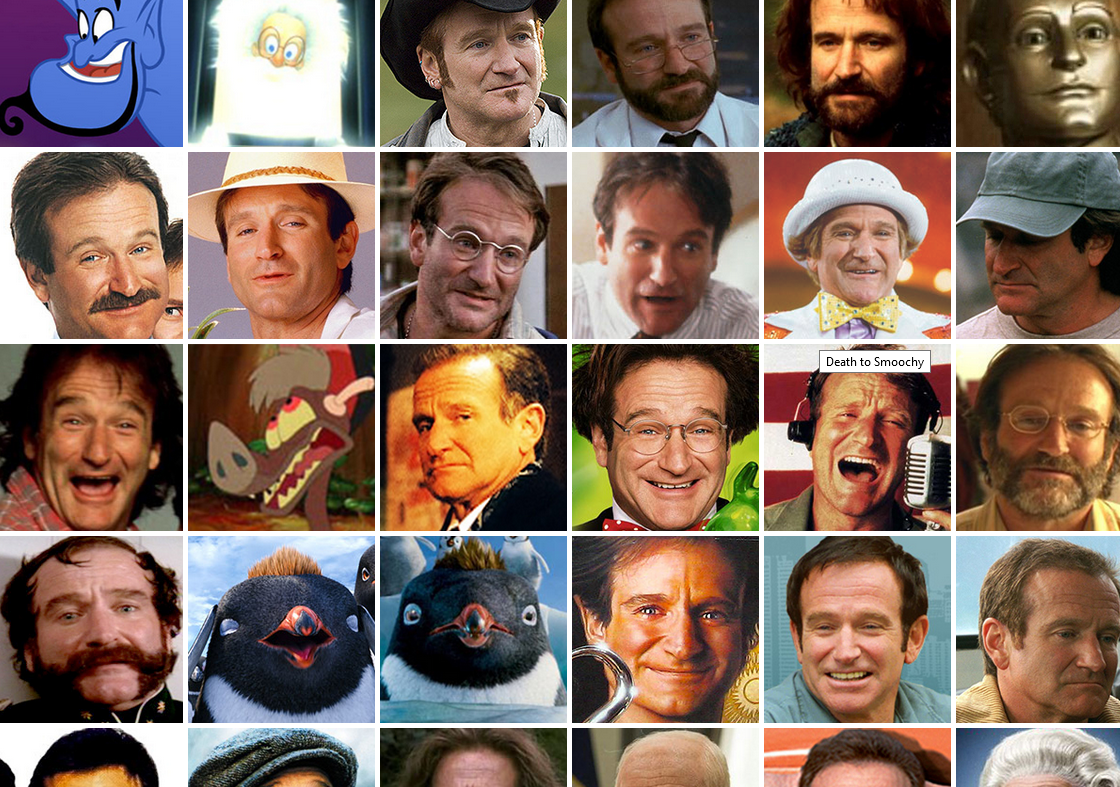 Standing in the front of the coffee table last night, I picked up my phone to check the news and saw the headline. Robin Williams was dead at the age 63. I clicked on the link with a mindset that some horrible accident must have happened. Perhaps he died of a tragic illness that took his life early, like cancer. I was right about the tragic illness, it appeared. I had just picked the wrong horrible disease.

Early reports suggest that Williams, the actor and comedian known for his standup and movies like “Good Will Hunting,” “Patch Adams” and “Mrs. Doubtfire” died of asphyxiation, most likely caused, according to the Marion County, California sheriff’s office, by suicide. That Williams suffered from drug addiction I knew from his standup. What I did not know was that he suffered from the same disease that ailed me, bipolar disorder.

In a 2006 episode of “Fresh Air,” the NPR radio show, Williams told host Terry Gross, “Do I perform sometimes in a manic style? Yes. Am I manic all the time? No. Do I get sad? Oh yeah. Does it hit me hard? Oh yeah.”

According to news accounts overnight, Williams’ spokeswoman, Mara Buxbaum, said that he had “been battling severe depression as of late.”

I sent a text to several friends who could relate, either because of their mental illness or their addictions. To one message with a friend who also has bipolar disorder, I wrote back, “Shame. For us at least. Hard to say whether it was for him.”

My comment may have seemed callous, but my friend knew what I meant. He wrote back, simply, “I agree.” The truth is that while it may be hard to understand why another person takes their own life, if you’ve been on the brink of that choice, you understand, as Kay Redfield Jamison, a professor of psychiatry who also has bipolar disorder, put it in the title of her book on suicide that ‘night falls fast.’

There is no question, as one commenter put it, that suicide is an insidious choice due to the lies that depression tells us. When those thoughts persistently and pervasively bombard you day in and day out or when they come out of nowhere like a drone attacking in the night’s sky, they can tear you down to the shreds of yourself, wither your resolve and leave you gasping for breath. The only way you see to stop the suffering is to end your life. People say that’s when suicide happens – when people listen to those voices, but I find that to be a metaphor that leads to gross over-simplification – you have little choice about whether you can listen to those voices. It’s your actions that hang in the balance.

By all accounts, Williams made every effort to seek help. By his own account, he spent 17 years clean and sober between 1986 and 2003. He described an addiction to cocaine and was a frequent partner, he said, alongside John Belushi, who died in 1982. Williams said on the show “Inside the Actor’s Studio” that the death of his friend and the birth of his son. “Was it a wake up-call?” Williams asked. “Oh yeah, on a huge level. The grand jury helped too.”

Bipolar disorder, I find, is such a benign phrase for such a terrible disease. It certainly has much less stigma attached to it than its preceding name, manic depression. But manic depression more aptly captures a disease that slams you from what can be a painful high to a crushing low, sending you up again often into a vice where both mania and depression, not mutually exclusive conditions, can squeeze you at the same time in a powerful vice. Too often, in an effort to show people how well those with bipolar disorder can function in life, we minimize how damning the disease can be for the sufferer.

Williams said that he relapsed via alcohol in 2003 while working in a small town in Alaska. In 2006, he checked himself into a substance abuse rehabilitation in Oregon. Williams’ addiction garnered much attention, but his struggle with the underlying conditions, as is true for so many people who get sober, did not. Williams’ co-stars on the set of “The Crazy Ones” said that he appeared so healthy this spring. It is a testament to how deceptive these diseases of the mind can be to the outside observer.

“He seemed to have this aura about him,” the actress, Marilu Henner, told USA Today. “But you don’t really know what lies beneath. It makes me so sad that it came to this.”

But like Williams, we all have many faces. His, at times, masked another solider in a silent army, fighting a secret war that their friends, family and admirers might not always see. Instead of focusing the very real sadness of his suicide, I want to raise a glass to Robin Williams – of something non-alcoholic, as a recovering addict myself – and hold a parade in his honor, for fighting this terrible disease for so long. He may not have made it through the battle, but his effort can be an inspiration for the rest of us to fight.

PrevUtilizing Organizational Consulting Techniques for Individuals
Ever Wondered What to Expect from a Career Coach?Next